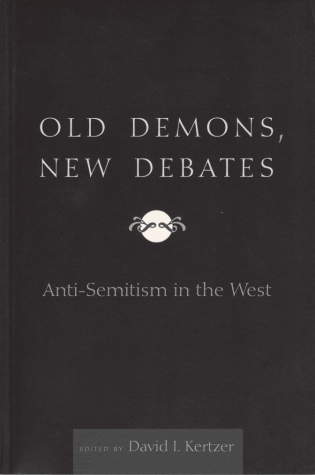 Edited by David I. Kertzer

Is anti-Semitism really no longer a danger? Or are the old demons back? Old Demons, New Debates is sure to trigger heated new debates on this crucial issue.

Old Demons, New Debates offers a provocative new view on the recent upsurge of anti-Semitism in the West. The authors - including both well-known public intellectuals and major scholars - address themselves to a broad audience. They describe the new anti-Semitism, and show how it draws on older forms of Jew hatred while being fueled by both anti-Americanism and anti-Zionism. Special attention is paid to the situation in Europe - with particular emphasis on France and England - and the United States. As the authors show, the new anti-Semitism, far from being the exclusive province of the ignorant and unlettered, is nourished by intellectuals and elites.